Our officers are 100% volunteers and they dedicate their time  to making a difference in this special place we call home.  Get to know our officers below! 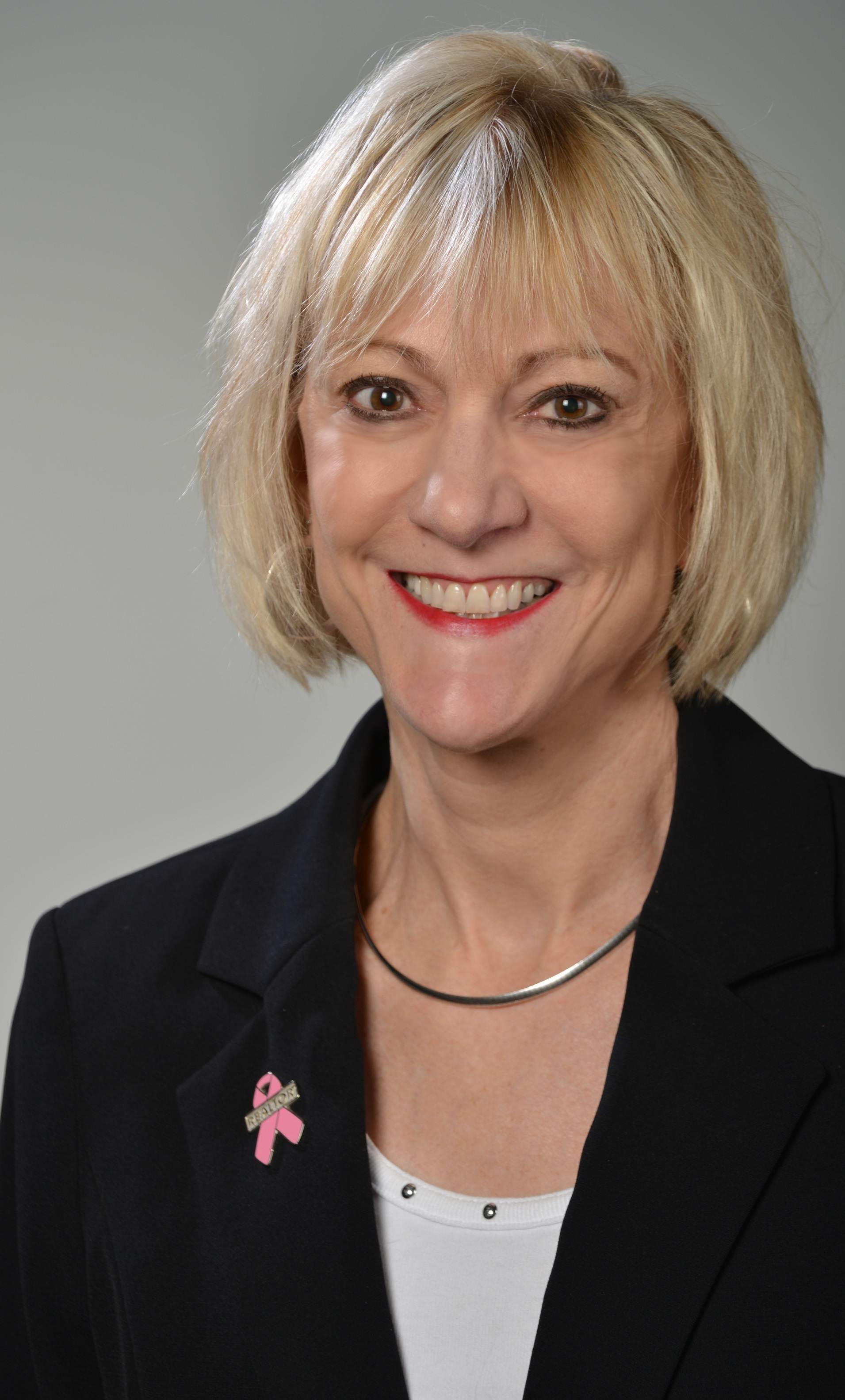 Irene is originally from Pennsylvania, but has lived all over the country. She earned a BA in Communication and a Masters Degree in Public Administration. She has traveled extensively throughout the United States, having been in a marketing position for a large corporation for over 20 years. In 2010, she was diagnosed with a rare, aggressive form of breast cancer. After chemotherapy and many surgeries, she started on the road to recovery. Following her treatment, Irene volunteered at The Ohio State University Comprehensive Cancer Center – Arthur G. James Cancer Hospital and Richard J. Solove Research Institute. Her dream is to build the Foundation as an all-volunteer organization that raises funds for patients in the High Country—all monies raised stay in the community. Irene is a real estate broker in the High Country.

Joanie is originally from South Lyon, Michigan and after finishing her college education, she moved to Florida where she lived for 35 years. Joanie and her husband Jim are now semi retired and are full time residents of Boone. She is a fifteen year Breast Cancer Survivor and is passionate in helping other cancer patients through their journey. She has participated in multiple Susan G. Komen 3-day 60-mile walks and has volunteered for the American Cancer Society. To celebrate 10 years cancer free, she initiated a program founded by Tamara Jara called Lollipops for Cancer at the Seby Cancer Center here in Boone. Joanie is a local artist, works at the Gilded Lily in Blowing Rock, and loves to hike Grandfather Mountain. She also enjoys gardening and is a member of the Blowing Rock Garden Club as well as the Blue Ridge Garden Club, which maintains a year round garden that can be viewed from the infusion room at Seby Cancer Center. Joanie feels honored to be a part of this amazing foundation and is looking forward to focusing her efforts to support High Country breast cancer awareness and fundraising activities for our wonderful community. The money raised here stays here and benefits our local families and patients. 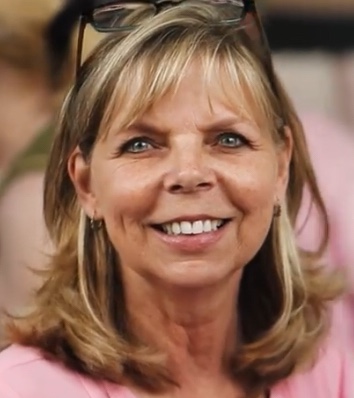 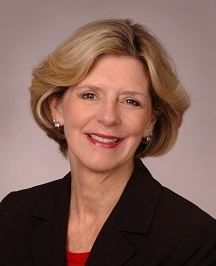 Cindy is a 21 year resident of the High Country and feels blessed to live in such a beautiful part of the country. Originally from Pennsylvania and Florida, she moved to this area with her family from a busy cosmopolitan lifestyle, to a slower pace of mountain living. Although not a native of North Carolina, she spent many summers growing up and raising her children on a horse and tobacco farm in the Asheville area. She, and her husband Larry, have owned their own real estate companies both in Florida and North Carolina, and have worked together as a team for the last 41 years. Presently Cindy is affiliated with Blowing Rock Investments Properties and works full time listing and selling real estate. Cindy’s passion when not working is water color painting. Inspired by her mother who was an artist, she began her training only a short time ago. Her inspiration to become part of the High Country Walk-Run for Breast Cancer came as a result of losing her mother and best friend to breast cancer. Over the years, Cindy has donated a portion of all her painting proceeds, in honor of her mother, to breast cancer research. Her enthusiasm to help raise money for those who are suffering from this disease is the force behind joining this wonderful organization.

From his years as a submarine sailor in the US Navy to financial consulting with Edward Jones Investments, Jason continues his philosophy of “servant leadership” to keep him busy in various aspects of life. His passion for servant leadership is reflected in one of his favorite quotes, “Not to be served, but to serve.” Jason says, “I have found my ‘why’ and my purpose in life”, as he continues to make a positive impact on other’s lives. Jason serves the foundation as a way to honor his mother and to connect with her “ringing the bell,” signifying the end of her own breast cancer treatments. When not working or participating in some aspect of non-profit activity, Jason is spending time with his wife of nearly 20 years or running to activities with his three girls. 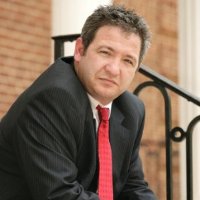 Angel Elderkin has been a champion of women her entire life. As the Head Coach of the Appalachian State University women’s basketball team, she makes a positive impact in the lives of the young women she leads. Just before the 2016-2017 season was to begin, Angel was diagnosed with endometrial cancer. Beginning with treatments in the summer, Elderkin did not skip a beat and was at practice every day. The head coach traveled to Chapel Hill for treatments every day and still made it to practice on time. She didn’t miss one game the entire season, including a daunting five-game road trip to begin the slate. Elderkin ended her treatment just after the first road trip of the season at DePaul. For her strength and courage in the face of cancer, Elderkin was awarded the United States Basketball Writer’s Association (USBWA) Pat Summitt Most Courageous Award along with ESPN analyst, Holly Rowe. Since defeating cancer, Coach Elderkin continues to be an advocate in raising funds for the research and awareness in the fight against cancer. In five years at App State, she has helped raise more than $18,000, through the Kay Yow Fund and the American Cancer Society. Her team members are enthusiastic volunteers at the HCBCF 5K Walk-Run for Breast Cancer and other events held to support the foundation. When she is not on the court, she enjoys being outside with her two labs, Boss and Miles. 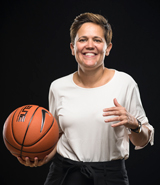 Beverly is retired and living in sunny Bradenton, Florida. She is originally from Michigan where she was an elected Green Oak Township Trustee for 5 years. After moving to Florida she was a motel manager on Saint Petersburg Beach, and a Personal Assistant to the founder of the Home Shopping Network. She is a mother of 3, grandmother of 6, and great-grandmother of 5. Some of her hobbies include reading, cooking and traveling to the beautiful Blue Ridge Mountains. Beverly has been a sponsor, supporter, and volunteer for the High Country Breast Cancer Foundation since the Inaugural 5K Walk in 2017. Her daughter, Joanie Venza, is a 13 year breast cancer survivor. She feels honored to be a part of such a wonderful organization that donates 100% of all proceeds to local breast cancer patients and their families. 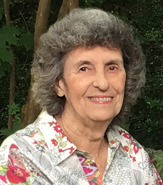 Many people use a bus to get around the city every day. This seems useful.

Limos, taxi cabs and other services are provided every day for citizens.

Limos, taxi cabs and other services are provided every day for citizens.

There is Strength in Pink. Make a contribution to someone’s fight right here.